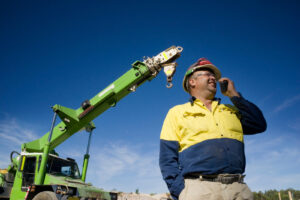 Let's start by explaining who a Rigger is. The word rigger dates back to the time when the people responsible for maintaining and setting sails were known as riggers (the name comes from the rigging used to control and support the sails). Riggers had a number of special skills that were also later used on land.

Nowadays a rigger This is a person who, depending on the industry where he or she works, can do many different things. The position of rigger can be found in many sectors:

In this sector, the parachute rigger packs the parachutes and has control over them. Such a person is required to undergo intensive training and must look carefully at all details (all hazards must be recognised behind before such a parachute is distributed and used). Also, the military uses riggers in all military departments (also for installations).

Various heavy equipment is used in the entertainment sector. Riggers take care of the installation and movements when moving elements and actors on stage. Riggers can be part of this team.

In the industrial sector, this is the person whose job it is to move heavy loads and deploy heavy machinery. These include, for example, overhead cranes or cranes. An employee called a rigger works on construction sites and installs heavy and specialised equipment. Outside construction sites - MRI machines etc... A high level of physical fitness and a high level of co-operative ability is required here.

A Rigger, then, is the person who prepares and configures the equipment for use, carries out safety checks and makes sure everything is where it should be. 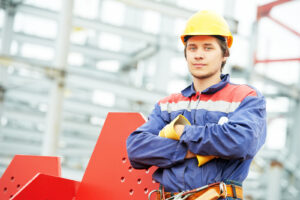 A hookman (a.k.a. signalman or load handler) is a person who directs transport work and uses, for example, cranes for this purpose. He or she suspends the load from the hook of the crane, crane, overhead crane etc. The employee does not need the additional qualifications required to operate cranes or overhead cranes. however, because of the work he performs and the safety of his own and other employees, he should have such qualifications. On a construction site, the tasks of a hookman also include cooperation and communication with a crane driver (operating e.g. overhead cranes or a crane).

A hooksman must have the knowledge and skills to move and hook loads correctly, or to use slings correctly. A hooksman must also be at least 18 years old and have passed the health and safety training and undergo a position briefing.

A hook rigger is a person whose tasks include, for example, controlling complex loads using manual lifting equipment, seconding a crane, safe installation or carrying out minor maintenance work. A person who is at least 18 years old and who passes a course for this position (often in practical as well as theoretical form) can obtain a certificate which is recognised throughout the European Union.

" Photovoltaic installer - tasks and responsibilities
Basic information related to the new regulations. "
Sign up for training
Request for quotation